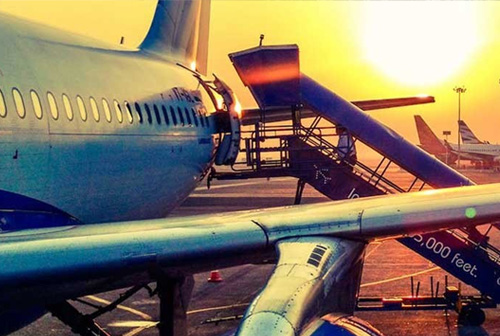 Installing crash-rated perimeter security solutions across the airport, without disrupting activity, and accommodating for a low foundation depth.

Local consultancy, manufacturing, delivery and installation of a combination of stock and bespoke shallow-mount HVM bollards across the site.

Installing crash-rated perimeter security solutions across the airport, without disrupting activity, and accommodating for a low foundation depth.

Local consultancy, manufacturing, delivery and installation of a combination of stock and bespoke shallow-mount HVM bollards across the site.

The beating heart of air travel for the USA’s West Coast, Los Angeles Airport is the primary international airport serving Los Angeles and California. At the time of the project, the airport was the 5th busiest airport in the world, with over 84 million passengers passing through the airport’s terminals.

Since a surge in terror attacks around the world, airports have been identified by counter-terrorism police and governments globally as critical national infrastructure. It is advised that assets such as these are protected with physical protection measures to prevent vehicle attacks and security breaches using vehicles amongst other methods.

Prior to the project, the U.S. Department of Homeland Security had implemented a security directive to increase aviation security in all US airports, with a view to “increase security protocols around aircraft and in passenger areas”.

With this in mind, management at LA Airport and security stakeholders decided to implement a perimeter security plan for the airport.

Many areas of the Los Angeles Airport perimeter are located on a suspended slab configuration – a common complication where underground parking and facilities have been built on-site.

This meant that there was very limited depth available for the installation of bollards and the client required a combination of static crash-tested bollards, and lift-out removable bollards to allow for controlled temporary access.

In addition to these requirements, the Airport’s terminals needed to remain fully operational, 24 hours a day, 7 days a week throughout the project. The project needed to be delivered in multiple phases to ensure disruption was kept to a minimum.

Shallow mount bollards are an ideal solution for sites where installing full-depth fixed bollards is not feasible. Shallow mounts have several other benefits over fixed variants.

Due to their unique design, our shallow mount bollards do not require reinforcing bars, saving time and avoiding disruption to the site during installation. The bollards are instead fixed to steel plates which can be connected off-site and simply lowered into place during installation. As a result, it takes just 1-2 hours to install each bollard.

This means that a row of around 36 shallow foundation bollards (roughly 50 meters of perimeter protection) could be installed in a single night, further minimising any disruption to the site.

Working with our American partner Ameristar Security Products, we also designed a bespoke, high-security lift-out removable bollard to fit within the constraints of the suspended slab foundation.

Due to our US manufacturing capability, the LAX airport project benefitted from highly competitive lead times. ATG and Ameristar’s in-house engineering capabilities also provided a site layout drawing as part of the security consultation process.

This ensured that all products being used were marked on the drawing with part numbers. Products were then delivered to the site with corresponding part numbers which all facilitated a speedy and efficient installation for the client. 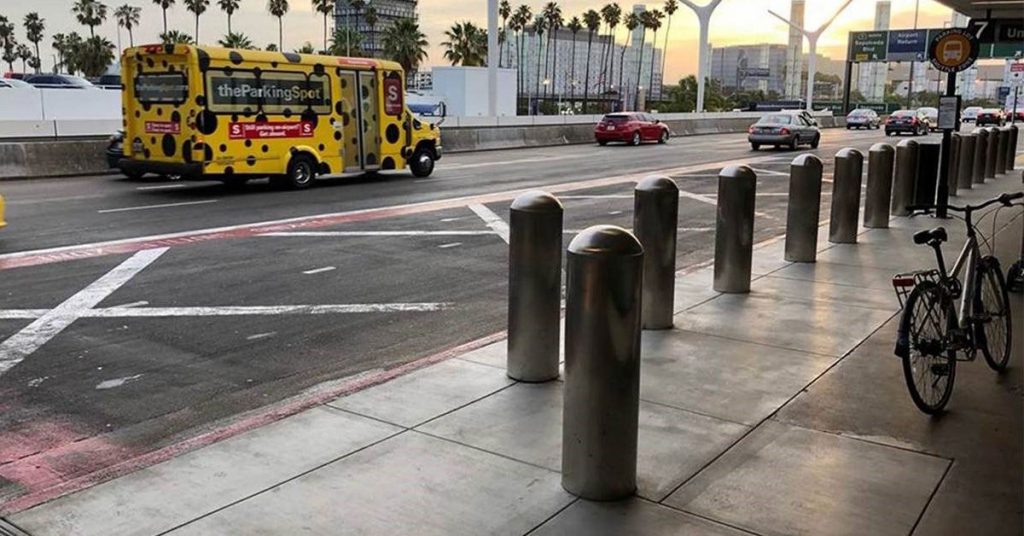 The project was completed on time and ahead of schedule, with the improved security measures being put in place in time for the Department of Homeland Security’s deadline.

In January 2019, the bollards were put to the test when an SUV and a van crashed into the airport perimeter. The bollards successfully halted the vehicles, protecting nearby pedestrians and airport infrastructure.