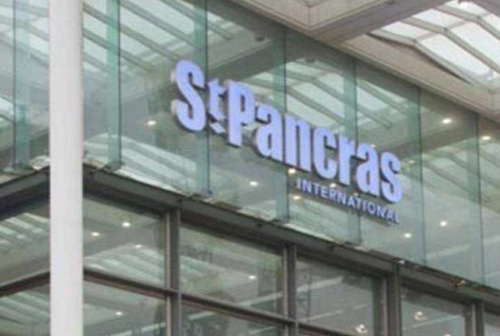 Improving perimeter security at a high-risk grade I listed building at the heart of London.

Meeting a range of structural requirements and architectural guidelines without impacting the crash-rating of the perimeter security solutions.

Improving perimeter security at a high-risk grade I listed building at the heart of London.

Meeting a range of structural requirements and architectural guidelines without impacting the crash-rating of the perimeter security solutions.

London’s historic St. Pancras Renaissance Hotel is an iconic building steeped in history. Originally built in 1873 as the Midland Grand Hotel, the five-star hotel features unique historical suites and a host of amenities for its visitors.

Having undergone several redevelopments since its construction, as well as a thwarted demolition proposal from British Rail, the hotel now holds Grade 1 listed status. Its striking gothic architecture and grand interior fixtures have been featured in many popular films, plays and novels.

The St Pancras Renaissance Hotel forms part of the frontage at St Pancras International train station, providing immediate access to the station, as well as King’s Cross, the high-speed Eurostar service and the London Underground.

Due to its iconic status, and its proximity to several key rail hubs, the Renaissance hotel building required a high level of perimeter security to protect against potential threats.

Under advice from a Counter Terror Security Advisor, the hotel approached ATG Access to explore perimeter security options to secure the front of the building, alongside other key access points to the hotel and train station.

While a high-security solution was needed to raise the security profile of the site, the project had to account for the building’s historical status and architecture. Three main areas surrounding the estate needed an aesthetically sympathetic physical security design: the Grade I listed hotel frontage, the connecting pedestrian access between the hotel and St Pancras Station, and the station itself.

In addition to accommodating stringent aesthetic requirements, the perimeter security solution would need to be installed on a suspended slab with limited space for foundations, as many of the hotel’s essential services were located directly beneath the entrance. This made traditional depth bollards would be unsuitable for the project. 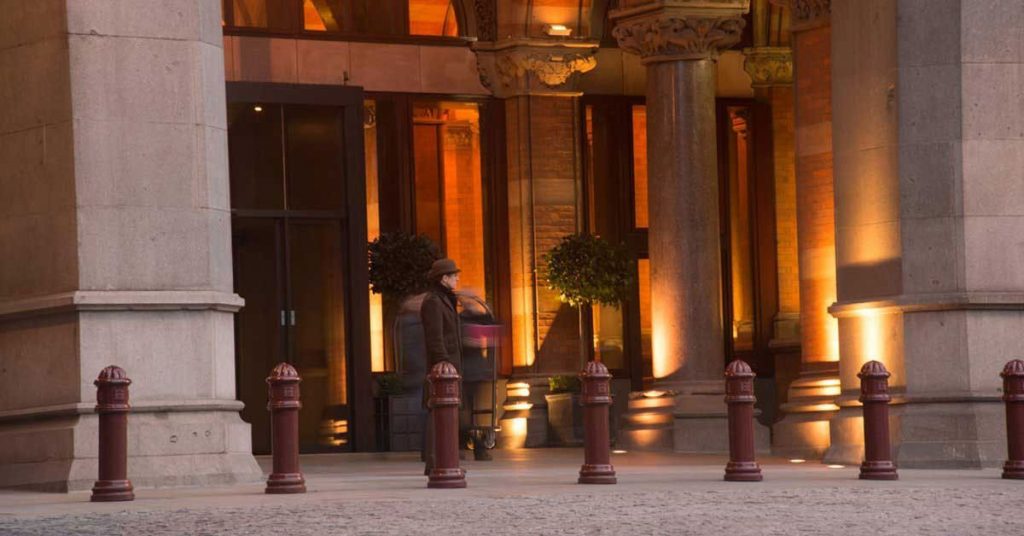 To secure the entrance to the hotel, high-security shallow foundation bollards were chosen. The shallow bases required significantly less foundation depth than a traditional bollard, meaning that the hotel’s services could remain in their current location.

The shallow foundation bollards were also very quick to install, minimising disruption and limiting inconvenience for the hotel’s staff and guests.

To address the client’s aesthetic requirements, ATG worked with the project’s lead architect to produce several sample sleeve designs which were in keeping with the hotel’s architecture and history.

Ultimately, the client chose a bespoke burgundy sleeve design which blended into the existing building’s façade and Heritage England approved the installation.

This bespoke bollard design was also used to secure the pedestrian walkway between the hotel and station. This walkway also features stairs, which required the same level of protection to ensure continuity and the removal of any perimeter vulnerabilities.

For the walkway, bespoke handrails were also added to connect the bollards and keep pedestrians safe on the stairs.

The entrance to St. Pancras station itself is very different from that of the hotel and features a modern design with a large glass building façade. This part of the station overlooks the very modern King’s Cross Square development which consists of a large, landscaped space with bars and restaurants.

The security used in this area of the site needed the same level of protection but required different designs to match the modern aesthetic.

Shallow foundation bollards had to be specified again within this area, as the London Underground ticket hall ceiling sits just 300 mm below ground level. This meant that the bollards needed to be installed within the 300 mm suspended slab foundation.

With this in mind, ATG Access provided a series of high-security stainless steel shallow foundation bollards that matched the modern design of the building.

The entire St Pancras hotel and station complex all benefitted from architecturally sympathetic security measures, with all bollards having a finish which meets strict architectural and security requirements.

The surrounding area now has a holistic, high-security design and installation which protects the urban area against potential attacks and accidental vehicle impact.

The actual installation of the security measures caused minimum disruption due to the use of shallow foundation products. These products require very little surface excavation (176 mm) and can be set and fitted quickly and effectively.