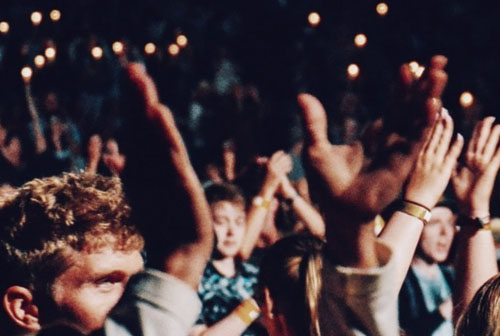 Earlier on this month, the Government issued a document in response to the Protect Duty public consultation which ran from February until July 2021. The consultation received a significant number of responses and many of the consultation questions generated strong views.

To summarise the main findings, it was deemed that it is a reasonable ask to insist on:

“Measures to ensure that there is an appropriate and consistent approach to protective security and preparedness at public places.”

Alongside this main conclusion, it was agreed that there would be challenges ahead both to determine what would constitute as proportionate security measures and to define which organisations would be responsible under the scope of the Protect Duty.

It is vital that the Protect Duty remains understandable and deliverable, utilising effective partnerships where possible to achieve the greatest outcomes for those affected by the Duty.

Terrorist attacks could potentially occur at any location and at any time, meaning that prevention can be challenging. The Protect Duty would aim to create a culture of security with a consistency of application and a greater certainty of effect.

70% of respondents agreed with the concept that those responsible for publicly accessible locations should take appropriate and proportionate measures to protect the public from attacks at these locations. This agreement extended to state that venues and organisations should prepare their staff to respond appropriately in the event of a terrorist attack. 58% of respondents went on to consider that there should be no exceptions from the Duty. Exceptions should only be applied to venues in low-risk locations based on a risk assessment; for charities and venues run primarily or solely by volunteers; for community groups and village halls; and places of worship, particularly if they are small.

The determining factor of exception or application would be a risk assessment, structured around key criteria as a form of benchmark. One of the criteria put forward for consideration was venue capacity. The mean of all suggested capacity thresholds was 303 persons.

Strong views were expressed throughout the survey in relation to the need for accountability. This extended to clear roles and responsibilities being outlined, particularly amongst event organisers and those at a senior level within venues and organisations.

Just over 50% of respondents felt that the implementation of an inspectorate would support improvements to security culture and practices within organisations in scope. It was felt that this would contribute to the sharing of best practice and help to deliver some of the key objectives of the Duty with the result of improving public safety. Those not in favour of this approach felt that it would be heavy-handed and would occur significant financial implications. There was also an even split of respondents who were supportive of the use of civil penalties to ensure compliance with the Duty. For those who opposed, they felt fines would be “unfair” and that “organisations should not be punished instead of terrorists.”

It was felt that a single, digital service to be able to access relevant material, advice, and training in one place would be beneficial. The type of information suggested included a risk assessment template and information on undertaking a risk assessment for terrorism threats; easy to digest information regarding threat and attack methodologies and advice on what constitutes reasonable, practicable and appropriate mitigations, appropriate for specific circumstances. Suggestions were put forward regarding the regulation of counter-terrorism consultants and a government-regulated approved contractors’ scheme. There was a need to ensure that advice and support was bespoke to individual requirements and not adopting a ’one-size fits all’ approach.

When exploring the opportunity for security partnerships, 77% of respondents deemed that:

“It is reasonable to require relevant organisations (for example those surrounding a site where transport security legislation applies) to work in partnership to achieve security outcomes.”

This addressed one of the key findings of the Manchester Arena Enquiry Report; stakeholders were working within the same area yet had disconnected security strategies and were not working in partnership to address collective vulnerabilities.

One of the main concerns noted in analysing survey responses was that the Duty may negatively impact organisations financially. The concerns raised are being fed into a Duty Impact Assessment which will further consider the financial implication in tandem with any wider impact.

Comparable legislation and regimes such as fire safety and health and safety could contribute to learning when it comes to the implementation of the Protect Duty. There is no doubt that many practicalities of the Duty remain to be determined; this is however an incredibly positive step forward for the security industry to ensure that people within public spaces are protected.

You can read the full Government response document here.