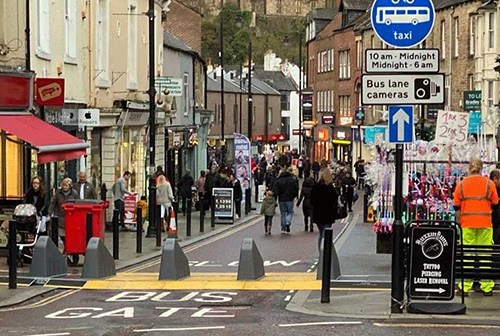 Durham’s Lumiere Festival is the UK’s largest light festival and a high-profile occasion for the city. Since its inception in 2009, the Lumiere Festival has become a popular annual event attended by hundreds of thousands of people, making it a key tourist attraction.

The Lumiere festival features dramatic installations and projections spanning the city centre, celebrating local and international artists alongside its landmarks, such as the Durham Cathedral.

With so many people attending each year it became apparent that there was a need for greater perimeter security to protect festival-goers.

As such our Surface Guard deployment partner Crowdguard was brought on by Event Traffic Control to support them with the operation and provide hostile vehicle mitigation for the event.

The festival itself is contained within the city centre and there were five key locations that needed securing with an HVM solution.

The roads surrounding the event had to be closed from 2 pm until midnight each day to allow the public to wander through the various displays. With this in mind, the organisers were looking for a solution that could be quickly deployed and removed and needed to keep disruption to a minimum before and after the event.

Due to the high footfall on the days of the event, the solution had to easily allow crowds to flow through freely whilst still protecting them from potential vehicle attacks. 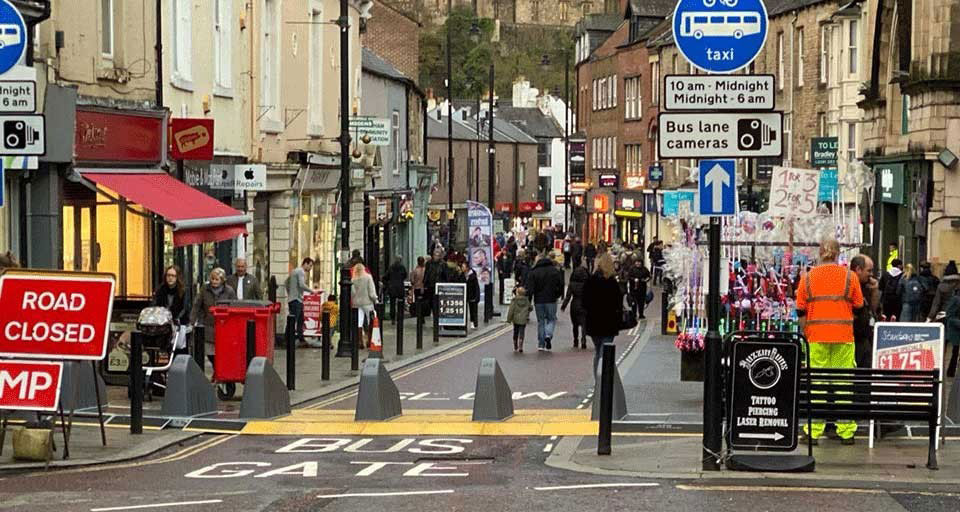 ATG Access’ groundbreaking Surface Guard barrier was the ideal solution. Its crowd permeable form allows attendees to easily move through the system, even in high numbers.

Thanks to its modular design the Surface Guard can also be deployed with vehicle access units. These units allow rapid entry for emergency vehicles, a key consideration for large-scale events like this.

To secure Lumiere, Crowdguard deployed 58 meters of Surface Guard across the five key locations. This was a particularly complex deployment due to Durham’s unique geography and layout, with its hills and winding streets.

For added safety at the event, signage was put in place by Event Traffic Control to warn drivers in advance of the HVM barriers.

Staff were also stationed at the vehicle access points throughout the city, in order to remove and redeploy the barriers if emergency service access was required.

The Surface Guard ensured that the event could go ahead with festival-goers safe in the knowledge that they were protected. The barriers provided security without disrupting the running of the event or causing alarm to the wider public, and Crowdguard received extremely positive feedback from attendees.