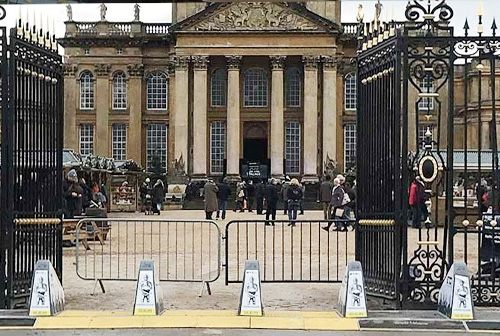 Protecting pedestrians and visitors from vehicles during the popular annual Christmas Market.

Manufacture, delivery and installation of multiple high-security HVM barriers along the perimeter at several access points on the site.

Protecting pedestrians and visitors from vehicles during the popular annual Christmas Market.

Manufacture, delivery and installation of multiple high-security HVM barriers along the perimeter at several access points on the site.

One of the UK’s largest country houses, the gorgeous Blenheim Palace is the only non-royal country house in England to hold the title of palace. Built in 1722, the palace has been classified as a UNESCO World Heritage Site and is the principal residence of the Dukes of Malborough.

Each year this historic site is transformed into a winter wonderland, as Blenheim Palace’s Great Court becomes the home for the seasonal Christmas market. Running from November to December, the market showcases festive treats and artisan food and drinks all housed in traditional wooden chalets.

With the tragic rise in vehicle-as-a-weapon attacks, crowded events such as Christmas markets have become potential targets for terrorist attacks.

As such, more and more event organisers are looking to temporary hostile vehicle mitigation solutions to protect crowded spaces.

After discussions with independent advisors, the Palace recognised the need for an HVM solution to protect visitors at the event. Due to the busy nature of the Christmas market, with huge crowds moving in and out of the event, it was determined that they needed a temporary solution that could allow pedestrians through while preventing access from unauthorised vehicles.

ATG Access recommended the award-winning Surface Guard temporary HVM barrier, due to the pedestrian permeability of the system and the speed of deployment and removal.

With the solution chosen, the Palace brought on our Surface Guard deployment partner, Crowdguard Ltd to secure the site during the Christmas Market.

Several locations needed securing, with one array of Surface Guard positioned in front of the iconic gate to the palace.

The modular design of the Surface Guard meant that one of the vehicle access units could be stationed to allow access for delivery vehicles, residents and staff and emergency vehicles if needed. These were manned by security guards who could quickly allow access to authorised vehicles and then resecure them in less than 30 seconds.

With thousands of visitors each day it was important to have a solution that could blend into the environment and avoid presenting a fortress mentality. Unlike concrete blocks or other barrier systems, the Surface Guard provided a crash-tested solution that wouldn’t detract from or disrupt the event. 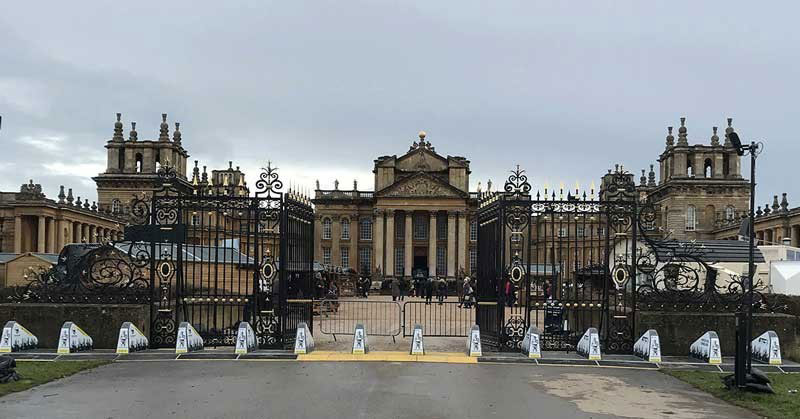 The Surface Guard solution provided an effective vehicle barrier throughout the event, whilst allowing authorised vehicles to pass through.

Crowdguard’s expert team did an excellent job of deploying the Surface Guard quickly and professionally. The feedback from Blenheim Palace was extremely positive, stating that the service they received was quick, efficient and professional.

Feedback from those visiting the event was also overwhelmingly positive, with one member of the public saying that: “Protection like the Surface Guard should be in place at all Christmas Markets”.