What is Hostile Vehicle Mitigation? The Definitive Guide 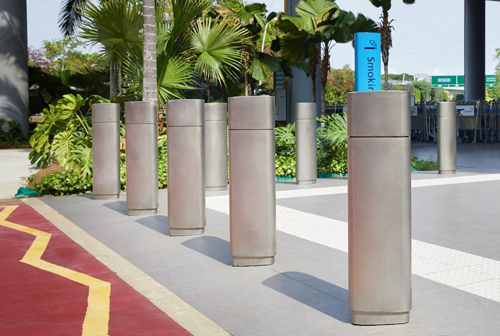 As defined by the ‘Centre of Protection of National Infrastructure’ (CPNI), Hostile Vehicle Mitigation (HVM) is a protective security discipline focusing on reducing risks associated with vehicle-borne threats posed by terrorists and criminals.

So what are these potential risks? Outlined below are the seven main types of vehicle-borne attacks that need to be protected against (Source: CPNI):

The Purpose of Hostile Vehicle Mitigation

There are two major types of vehicle threats that HVM measures are used to protect against – Vehicle Borne Improvised Explosive Devices (VBIED) and Vehicle as a Weapon (VAW). As you’ll see, in recent years the focus has shifted from a complete focus on preventing VBIED attacks to protecting against the emerging VAW threat as attacker methodology seems to have evolved. Both threats must still be considered.

Vehicle-borne improvised explosive devices (VBIED) refer to any improvised explosives that are delivered using a vehicle. You may more commonly hear them referred to as car bombs, lorry bombs or truck bombs. According to the US Department of Homeland Security, there are a number of reasons why VBIEDs make for an effective weapon for terrorists:

In 2016, the Iraqi capital Baghdad, saw one of the worst VBIED attacks in history, as a lorry packed with explosives detonated in the Karrada district killing 323 people. A year later another horrific attack took place in Kabul, killing 150.

Despite the presence of blast protection, several Embassy buildings sustained damage in the attack. Both incidents as well as many more in recent history, illustrate the very real threat posed by VBIED attacks.

One of the most important concepts in protecting against VBIEDs is the idea of ‘standoff’; the distance able to be created between the asset or area being protected and the location of the explosion from a potential VBIED attack, usually at the perimeter of the intended target.

The effect of the blast needs to be considered when protecting against VBIED attacks. When it comes to explosions the most effective tool for mitigating blast effects is to ensure that the explosion occurs as far away from the asset as possible, providing enough of a chance for the bomb blast to dissipate, minimising destruction and damage to the target and surrounding area.

There is no single ideal stand-off distance, instead, this is determined by a number of factors such as the type of threat, the construction of the building, land ownership parameters and the desired level of protection. For instance, when assessing a military base, the main gate or entrance may be 50m(+) away from the main infrastructure being secured. In this instance, creating a stand-off distance is not a problem. When looking at an alternative scenario in the middle of a city centre where a high-profile financial asset is situated on a piece of land with only one meter between the asset and the asset’s perimeter, stand-off creation is not possible. Secure measures chosen in this scenario would need to dead-stop a vehicle at the perimeter to avoid the hostile vehicle from entering the heart of the building itself and detonating an IED.

The diagram below illustrates the concept of creating a stand-off zone between a threat and an asset.

In recent years, a new threat has emerged – ‘vehicle as a weapon’ attacks. This rise has been witnessed in the tragic events at Nice, attacks carried out on both Westminster and London Bridge, Berlin and many more European cities.

This is in part due to the difficulty in obtaining the materials needed to assemble an IED and the ease at which large vehicles can be hired by individuals.

Unless a terrorist draws attention to themselves in any way or prior intelligence is gathered on a suspect’s movements, vehicle-as-a-weapon-attacks can be hard to detect.

Since the attacks in the UK, the British government has released guidelines for goods vehicle operators and drivers to help guard against VAW.

The guide covers three main areas these groups should be aware of which are security culture, site security and vehicle security.

From a physical security perspective, to protect against this emerging threat, further product development has been required with a focus on temporary security measures. This allows temporary events to be protected such as fan zones, concerts, Christmas markets and festivals, facilitating the securing of people within temporary event infrastructure.

When selecting HVM measures, the Centre for Protection of National Infrastructure (CPNI) recommends that any physical security measure that is intended for protecting against vehicle threats be appropriately certified for use.

Bollards are generally the preferred form of passive HVM measure within busy sites located in the public realm such as squares and transportation hubs as they allow for pedestrian permeability. This is important when blending security measures into crowded, urban environments as the flow of pedestrians and authorized traffic must be maintained and not hindered.

Bollards are also the first choice when being installed within a public UK highway as their aesthetic is less obtrusive when compared to a road blocker or arm barrier solution, blending into the surrounding environment and avoiding the creation of a fortress mentality.

Hostile vehicle mitigation bollards and barriers will often have been crash-tested to one or more of the major crash test standards currently in place.

These are BSI PAS 68 (UK), ISO IWA 14-1 (International) and ASTM F2656 (USA). If you would like to learn more about PAS 68 or IWA 14 we recommend reading our guides to get a more in-depth understanding of these standards.

If you’re looking for more information on counter-terrorism measures such as bollards then we recommend reading our blog post “What do we mean by HVM Bollards?”, which gives a more in-depth look at these types of measures.

Permanent hostile vehicle mitigation barriers will often be used either to control an access point or to secure a perimeter.

Products for access control can be automatic or manually operated. These can come in a variety of different types, such as beam barriers, swing gates and manual arm barriers to name just a few, each with its own benefits and ideal applications.

For perimeter security, industrial and military sites tend to utilise high-security fencing or wire-rope systems to cope with the securing of long-span perimeters. This method also keeps people as well as vehicles out which might be the objective for a data centre or a military base – access via the secured access point for vehicles and pedestrians. For urban areas such as transportation hubs and financial districts, pedestrian foot flow is encouraged and so, in this instance, bollards or impact-tested street furniture products might be preferred to ensure a welcoming aesthetic.

If you would like to learn more about hostile vehicle mitigation as a whole, we recommend reading the Centre for Protecting National Infrastructure’s (CPNI) guide.