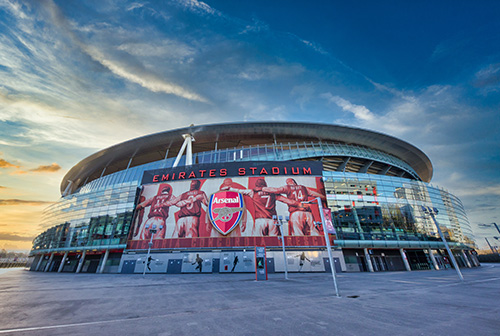 Upgrading perimeter security at one of the UK’s largest football stadiums.

Implementing a high security solution to control vehicle access to the stadium and protect pedestrians.

Manufacturing, delivery and installation of bespoke crash-rated bollards at each access point.

Upgrading perimeter security at one of the UK’s largest football stadiums.

Implementing a high security solution to control vehicle access to the stadium and protect pedestrians.

Manufacturing, delivery and installation of bespoke crash-rated bollards at each access point.

The Emirates Stadium is the fourth-largest stadium in the UK, and home of the Arsenal Football Club. Located in the heart of London, the venue has capacity for over 60,000 visitors on match days and has also seen use as a conference centre and music venue.

The Emirates stadium has several access points across the site. Those closest to the stadium are used for emergency vehicles and require swift operation in an emergency. Additional access points further away from the site also need to be controlled to prevent unauthorised vehicle access and protect visitors.

As a high-capacity sporting venue in the country’s capital city, high-security, crash-tested solutions were required to protect against the risk of hostile vehicles.

SP1000 automatic and static bollards were chosen for the security directly surrounding the stadium arena. This product is one of the strongest available in the marketplace and is capable of successfully arresting a 7.5-ton truck at 50mph.

For access control points further away from the main stadium, SP100 manual and static bollards were chosen. These products still provided the area with an impact-rated bollard but are operated manually to restrict access points which are used only a few times per day.

A bespoke variant of the SP1000 high-security bollard was used for the main stadium entrance as these had to be fitted with emergency service locks. This enables the perimeter to be accessed by the emergency services in a hurry to serve the stadium effectively. 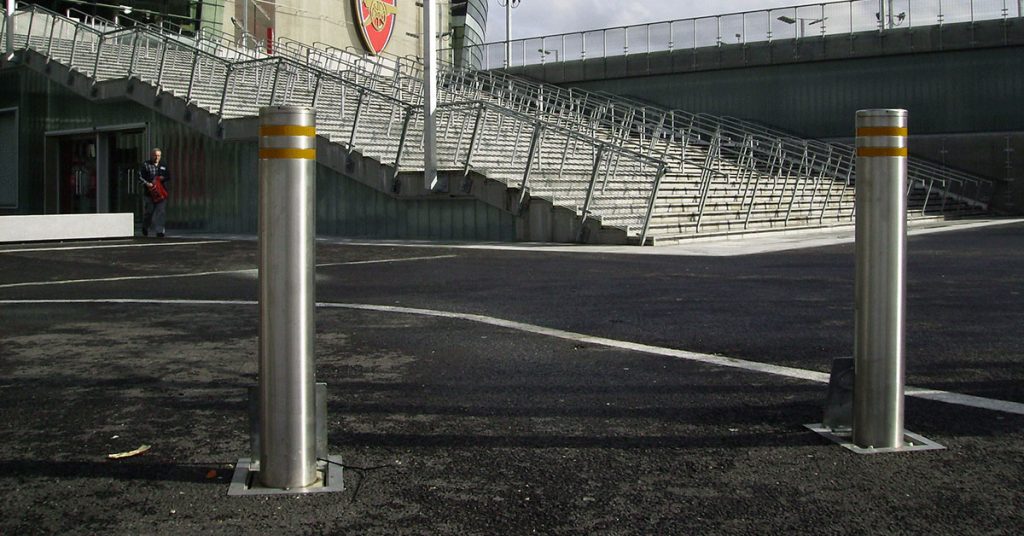