Shallow Mount Bollards: 5 Reasons You Should Use Them 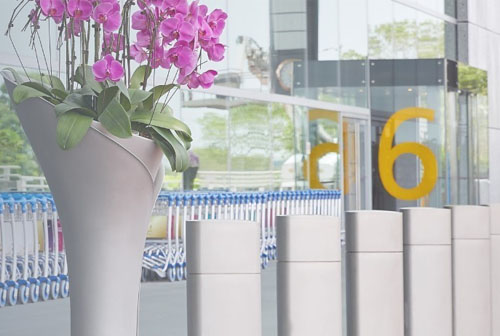 What are shallow mount bollards?

Before we get into the reasons why you should be using shallow mount bollards, it is probably important that we first explain what they are. Shallow mount bollards were originally designed to combat the problematic fitting of traditional bollards which require deep foundations and can cause inconvenience when exposing a range of services, prohibiting installation.

While a traditional bollard has a long length of tube which is buried deep within the foundation, shallow mount bollards are usually mounted on a plate or ‘biscuit’ which is then connected to other bollards. This means that shallow mounts require just a fraction of the depth you would normally need, with our shallow foundation bollards having depth requirements ranging from 300mm to just 40mm at the shallowest. To put that in perspective, 40mm is shallower than the width of the average phone.

The graphic below gives you an idea of the difference between the foundation depth of traditional fixed bollards and their shallow mount equivalents. 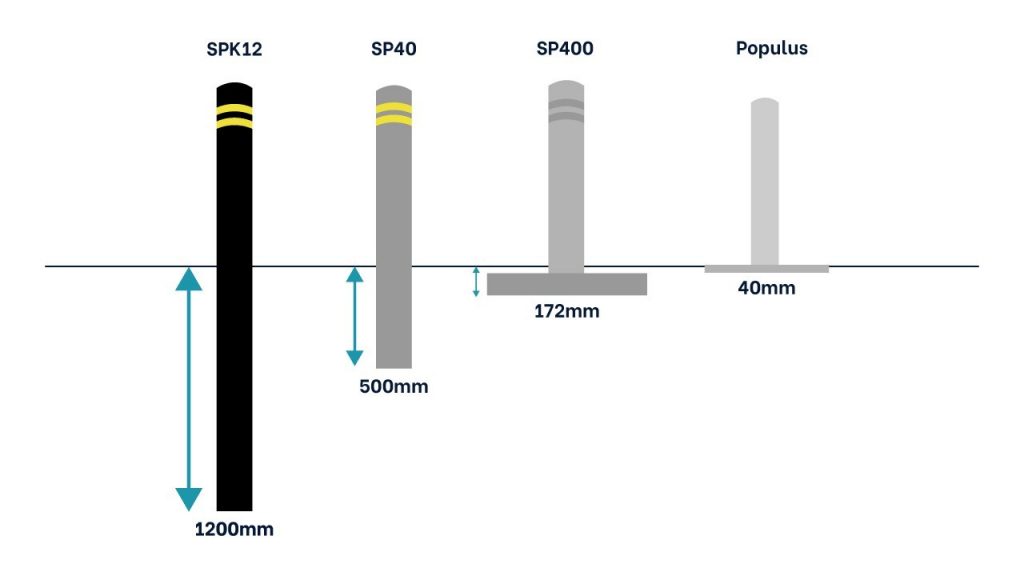 Why you should use shallow mount bollards

1. They are a greener solution

As countries set ambitious targets to lessen our impact on the environment, greener solutions are becoming more and more important. Due to their design, shallow mount bollards are a fundamentally greener solution as they require less than 25% of the concrete used for a traditional foundation. This is important as concrete is believed to be responsible for between 4-8% of the world’s CO2 emissions. On top of this less plant machinery is required on-site to fit the product, reducing pollution and noise.

Not needing to dig out as much for the foundation also makes it far easier to protect natural elements such as tree roots from being damaged. This is something we experienced first-hand when we secured the British embassy in Athens, where a line of ancient olive trees was situated close to the proposed security line.

2. They take less time to install

When it comes to installing security products such as bollards in busy city centres then time is of the essence. Any amount of construction or civil work can have a distinctly disruptive effect, so minimising this is hugely beneficial for the client, as well as the public and anyone else that may be impacted by the works.

On average our shallow mount bollards take just 1-2 hours to install per bollard. The reduction in installation time makes projects where works are restricted to specific times much easier to handle. For example, when we installed shallow mount bollards outside the Anne Frank Museum in Amsterdam, we were required to install the products overnight to keep disruption to a minimum. This would have been a much harder task had we been installing full-depth bollards.

3. They save on installation costs

If you are just looking at just the cost of the bollard when comparing the two, a traditional full-depth fixed bollard is usually cheaper than the shallow mount equivalent. However, that does not consider civil installation costs.

With a traditional depth bollard, you need to create a deeper foundation and on top of this, you have the costs associated with the rebar needed when installing the bollard.  With shallow mount bollards, because they use a straightforward concrete sub-base there’s no need for reinforcing bars. Shorter times needed for setting out and on-site work helps further reduce these costs.

4.  They can be installed in sites where depth is an issue

One of the most common issues clients, architects, and consultants will come across when designing a security scheme is that they have very little depth to work with. This is especially true when securing sites in urban areas such as cities where underground works can severely limit the space you have to work with. London is a prime example of this, where installing traditional depth bollards just isn’t feasible in many locations.

Bridges bring with them their own challenge as they require extremely shallow depths in order to maintain the bridge’s integrity. Both of our Bridge Protection Bollards the Westminster and the Populus require just 40mm of depth to work with. In the image below taken from the crash test, you can see just how shallow the foundation for the Populus Bollard is. 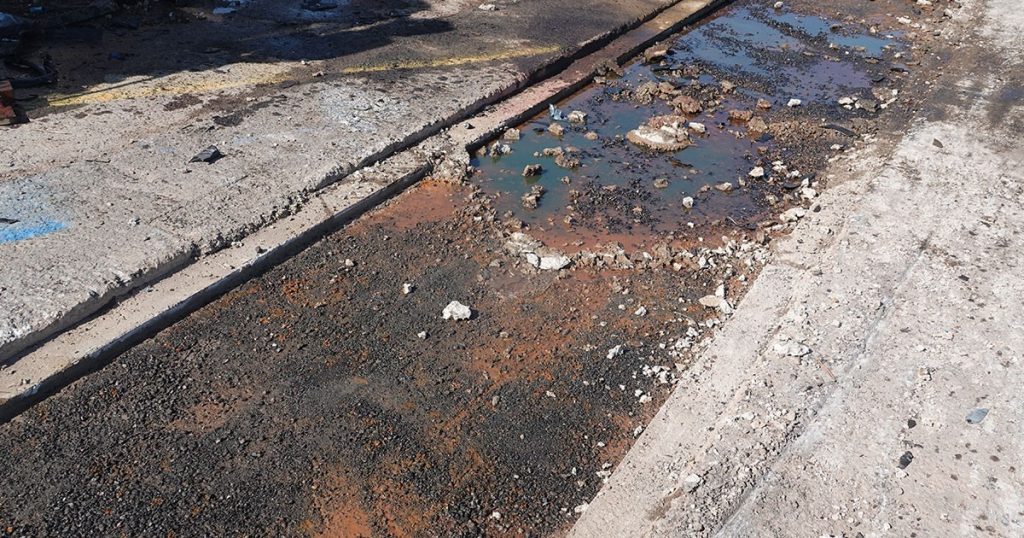 5. They provide the same level of security as traditional depth bollards

While shallow mount bollards require just a fraction of the depth of traditional models, this does not make them any less secure. We created our first shallow mount bollards after we were approached with a brief to design and test a bollard system that was not only shallow but still met a high-security rating. If you compare our traditional fixed bollards with our shallow foundation range you will see that they are all tested to the major crash test standards (PAS 68, IWA 14-1 & ASTM), with a range of options in terms of mitigating against different threat profiles.

Looking to incorporate shallow mount bollards into your scheme? Contact our sales team at sales@atgaccess.com or call us on +44 (0) 345 350 3799.